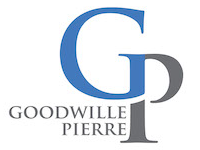 Goodwille attended Morehouse College in Atlanta, Georgia from 1983-1986 and Georgia State University from 1987-1989 where he earned a Bachelor’s Degree in Chemistry with a Minor in Physics. He later received a Master’s Degree in Education from the University of Central Florida and his Doctor of Jurisprudence from South Texas College of Law in 2000. Goodwille Pierre is licensed in the Supreme Court of Texas, The Federal Southern District of Texas and the United States Patent and Trademark Office. Goodwille has also received Contract Compliance accreditation from the American Contract Compliance Association through Morgan State University.

Goodwille is the former Vice President of the National Bar Association (NBA). The NBA is the largest organization that represents over 70,000 Lawyers and Judges of African American and African descent worldwide. Goodwille is a four time past Chair of Houston’s Government Procurement Connections (GPC) Planning Committee. GPC is an annual conference, which draws more than 3,000 small business owners seeking government contracting opportunities, and more than 500 representatives from various government entities. Goodwille is dedicated to helping small and minority owned businesses, and the conference has enjoyed outstanding growth and produced tangible benefits for small and minority owned businesses each year under his leadership. Goodwille has also dedicated his life to the creation and execution of community legal education initiatives as well as many pro-bono legal clinics on various issues in Houston and throughout the country.